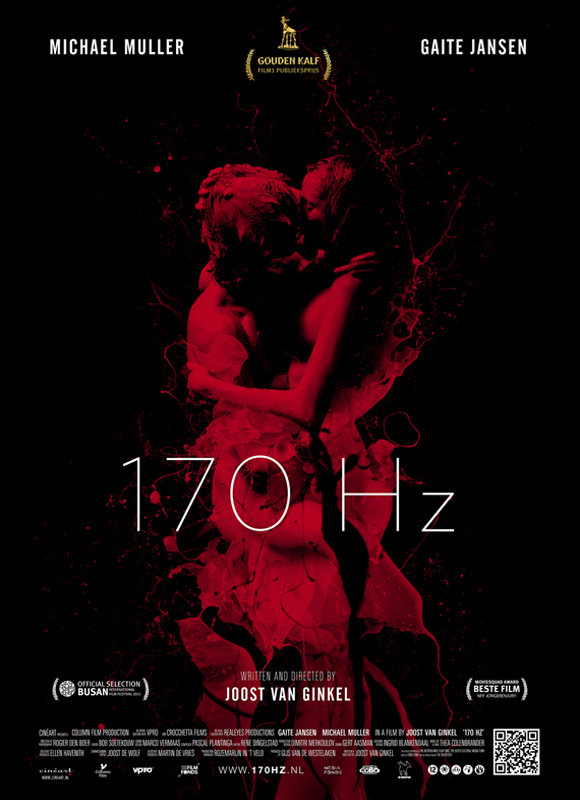 170 Hz is a film about unconditional love and the freedom that goes with it. Nick and Evy are two adolescents who fall hopelessly in love with each other. Their love has no voice or sound, as they are both deaf mute. They have their own ways of communicating with each other, so while being in love already makes them stand apart from the rest of the world, in the splendid isolation of their soundless love they distance themselves from their surroundings even more. When they sense that their parents do not fully agree with them being together, they develop an audacious plan: they will flee and hide in a special place, where Evy will become pregnant and have a baby – they are convinced that once they have a child together nothing and nobody will be able to keep them apart. Nick takes the initiative and drives off with Evy to the hiding place he has meticulously prepared, the wreck of a former Soviet submarine in a distant part of the harbor. Within that metal casing full of sounds and tremors they cannot hear, but with their strongly developed remaining senses, can feel all the more. They concentrate on their baby project. But in that cage of happiness Evy slowly discovers that Nick had another reason to disappear.